Life is strange, just when you think you have closed the door on one chapter of your life, a new door opens.  The trick is to have enough guts to step through the door and embrace what is waiting to challenge your courage.

I have discovered that I hate being the new kid on the block.  It might be understandable if you knew my history.  I grew up on a farm and learned hard work was followed by simple fun.  There wasn’t much social life living 8 miles from any town.

After graduation, life continued with working and learning about life, sometimes the hard way, sometimes learning was delightful.

After meeting and marrying the love of my life, I settled down to being a Mother, which was the best job I ever had.  When the Children were in Junior High I realized that my job skills were a little rusty, actually they were rusted solid.

My husband suggested Real Estate, and after looking at the qualifications I decided I had just enough to sneak in the door.  That started a 30 year career as a Residential and Commercial Realtor.

So now you are up to date on my entire life in a nut-shell, which sometime described many of the characters and episodes of that business.  I loved the business and amazingly I was a very good Realtor.  I again learned everything the hard way, but I learned it well.

When I retired and we started traveling I had some time on my hands and started writing about my experiences.  I couldn’t name names so I decided to make it a fictional account, changing the names and events to sometimes protect the innocent and sometimes to protect the guilty.

As I started writing I realized I could make it more interesting by adding murders, jail breaks, love stories with a little sex, and draw from my traits for the main strong female character.  By the way, the sexy boyfriend was just for fun, I have been married to the love of my life for 55 years.  I also never have gone skinny dipping with a client.

The name of the first story I wrote is “Murder on Lake Haverly”, A Maye West Mystery book 1.  I self published it on Amazon and it sells for $.99. 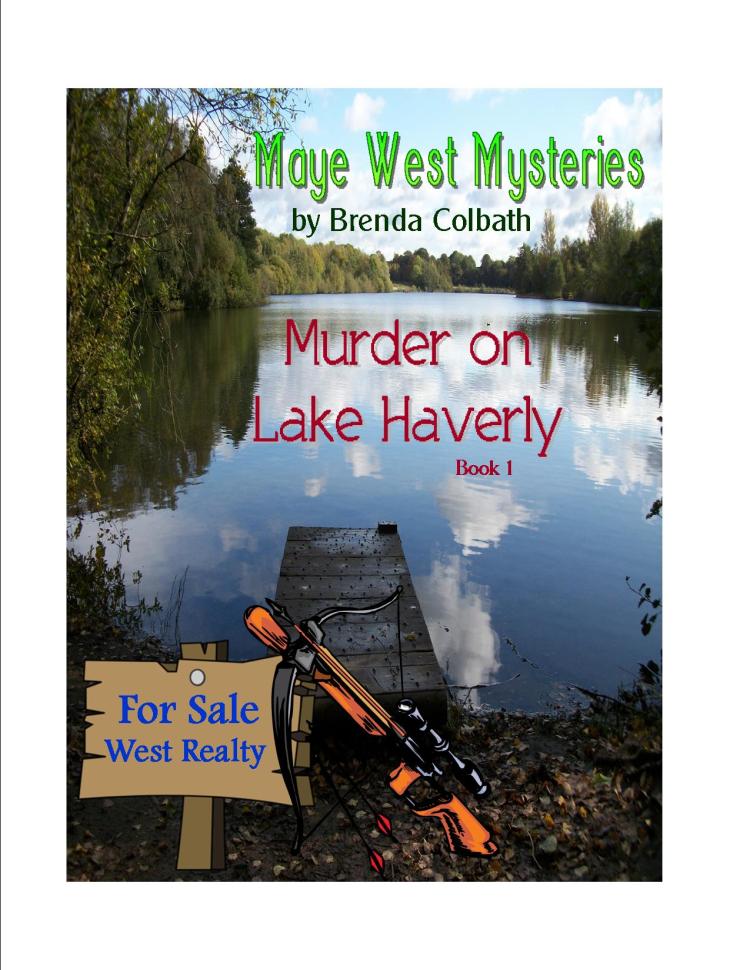 Published by Time Traveler of Life

Biography Creating worlds, characters, and wielding power like a madwoman, making my characters happy, sad, angry, and some of them with no redeeming qualities. I probably shouldn’t admit this, but I sometimes laugh out loud when I am writing a scene, and I have been known to cry when one of my favorites has to die. I am a left-handed Gemini, what do you expect? Reading bedtime stories to my two children until they fell asleep or until they just told me to go away, was fun. Making up wild stories for my grandchild, and creating Halloween costumes from Cowboys to a Dragon, was another favorite thing to do. I missed that so much when they were grown, that I started writing. My yearly newsletters frequently were drafted third-person by my Love Birds, Miranda our motorhome, and by Sir Fit the White Knight, our faithful Honda. Throughout the years, some of my creative talents centered around writing letters of complaint expressing my displeasure with services or products. One crucial, at least to my Son, was a note to our local school bus driver petitioning her to allow him back on the bus. He was kicked off for making an obscene gesture at his buddy. I reminded her that it was not directed at her, and that “obscenity can be in the eye of the beholder,” kids use that gesture as a greeting. He rode the bus until he graduated. I loved driving my English teacher crazy. Leaving a “continued next week” at the end of my five handwritten pages required each week. He was one of many people that suggested I “do something about my writing.” I graduated from the School of Hard Knocks at the top of my class. After 30 years, in the trenches as a Real Estate Professional, I have found that truth is stranger than fiction. My books are filled with characters I met in that profession. Their names were changed to protect the guilty. Others were from people we met traveling around the country in Miranda, our Motorhome. I am married nearly 60 years to the love of my life, Shirl, and partner-produced two exceptionally talented children, and one grandchild who is our pride and joy. View more posts